Entombed in Flanders Fields: World War One tunnel system that was buried by artillery fire killing up to 300 troops is uncovered 103 years after battle that killed nearly 60,000

Archaeologists have uncovered a huge World War One tunnel system where dozens of soldiers’ remains are believed to be entombed. The underground bunker is located on a hill in Flanders in Belgium where the notorious Battle of Messines – where an estimated 59,562 soldiers were killed – took place in 1917. During the battle the British pummelled the German fortifications on the ridge with millions of shells.

The bunker, which would have accommodated up to 300 troops, was discovered about 20ft below ground, a depth that would have made it shell-proof. But it is thought the artillery bombardment caused the timber-lined walls and ceilings around the entrances to collapse, burying the men inside alive. 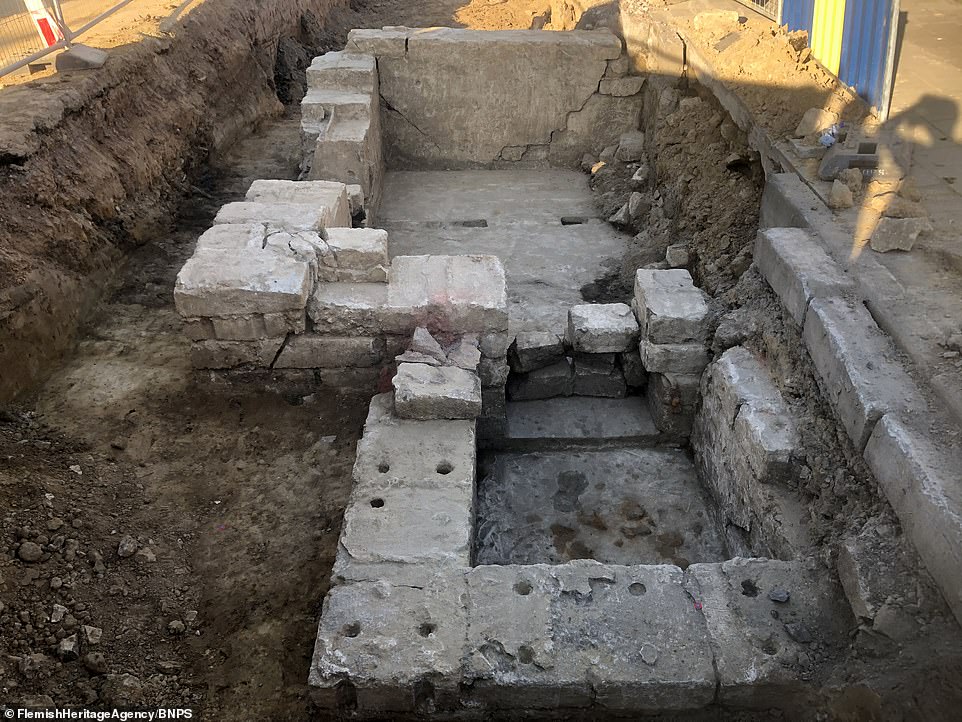 The underground shelter is believed to have accommodated up to 300 men. Above, one of the newly uncovered entrances to the bunker which remain blocked by tonnes of earth. Archaeologists have so far uncovered four different entrances, each leading to a flight of 21 wooden steps. But the openings remain blocked by tonnes of earth from the war. Experts believe there are up to four more entrances to the network, which covers an area under a 400metre section on the main road through the village of Wijtschate.

It is hoped that one of these will be accessible to allow them to safely enter the dug out or send in a remote camera. Historians have so far uncovered an array of 200 military and personal artefacts, that date back over 100 years. 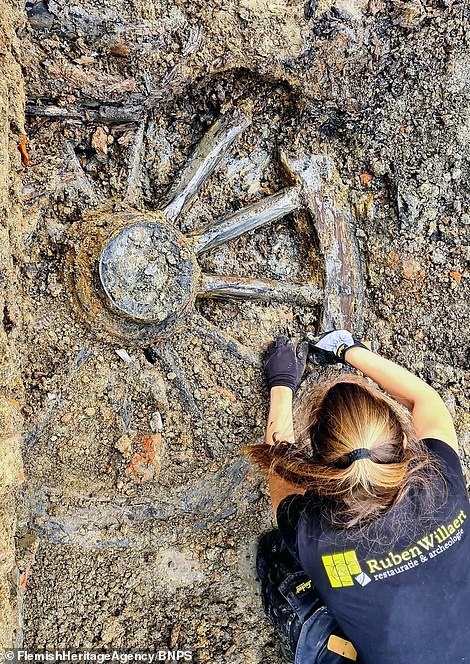 These include a perfectly preserved wooden stretcher, parts of a narrow-gauge railway and a wooden cartwheel. German army helmets have also been found along with a bayonet, a pair of wire cutters and glass bottles. The Germans occupied the ridge near the city of Ypres from 1914 until June 1917. It was taken by British and Irish troops during the Battle of Messines, which lasted for seven days and effectively saw the Germans battered into submission. 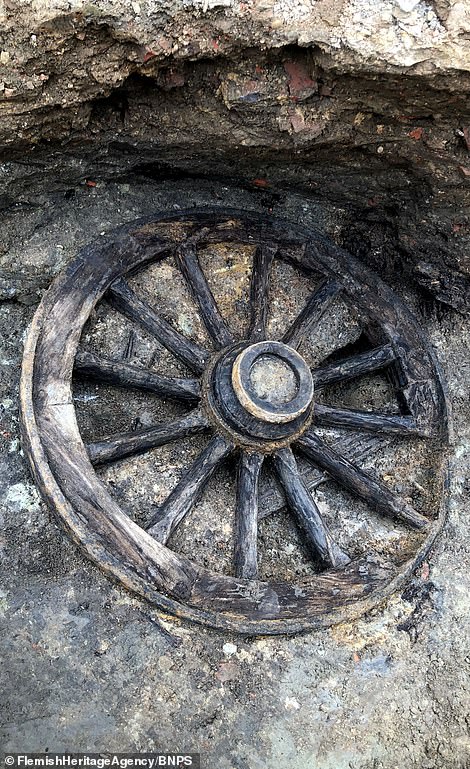 The Germans suffered 35,000 casualties, with 1,300 men of the 33 Fusiliers Regiment missing by the end of it – some who may be buried in the underground shelter. Robin Schaefer, a German military historian who has been advising the Flemish Heritage Agency on the excavation work, said it is one of the largest underground structures ever found in Flanders.

He said: ‘This is an enormous underground shelter that, according to German accounts from the period, accommodated up to 300 men – a company in size. ‘The rule of thumb was that 21 steps going down into the ground made a dug out shell proof. ‘It would have been smaller than you think inside. There would have been very cramped little rooms, not comfortable at all and very oppressive with low ceilings. 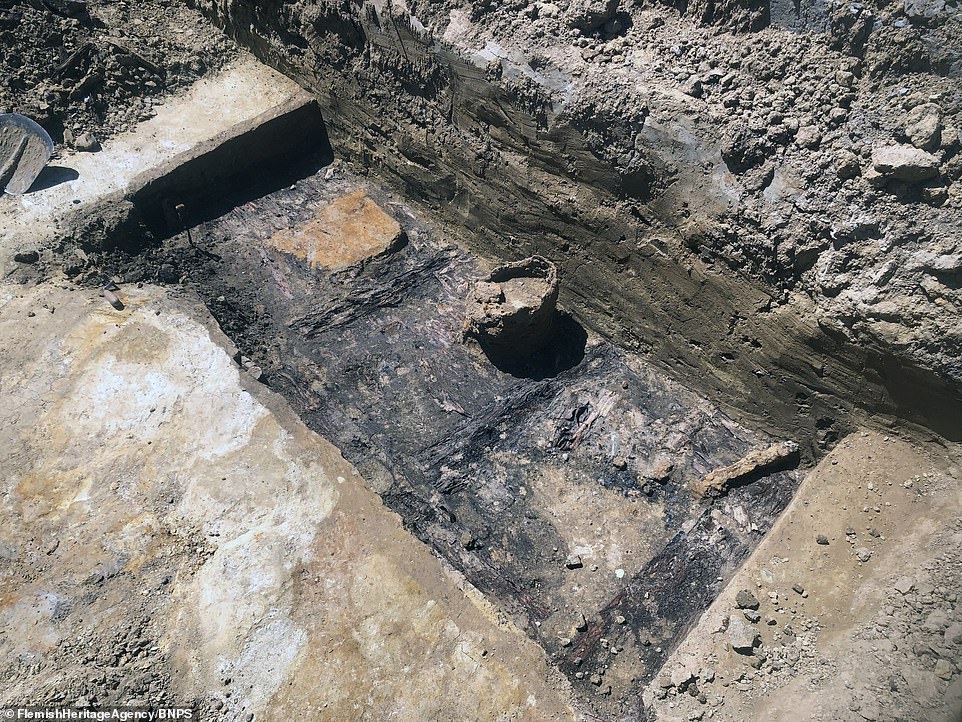 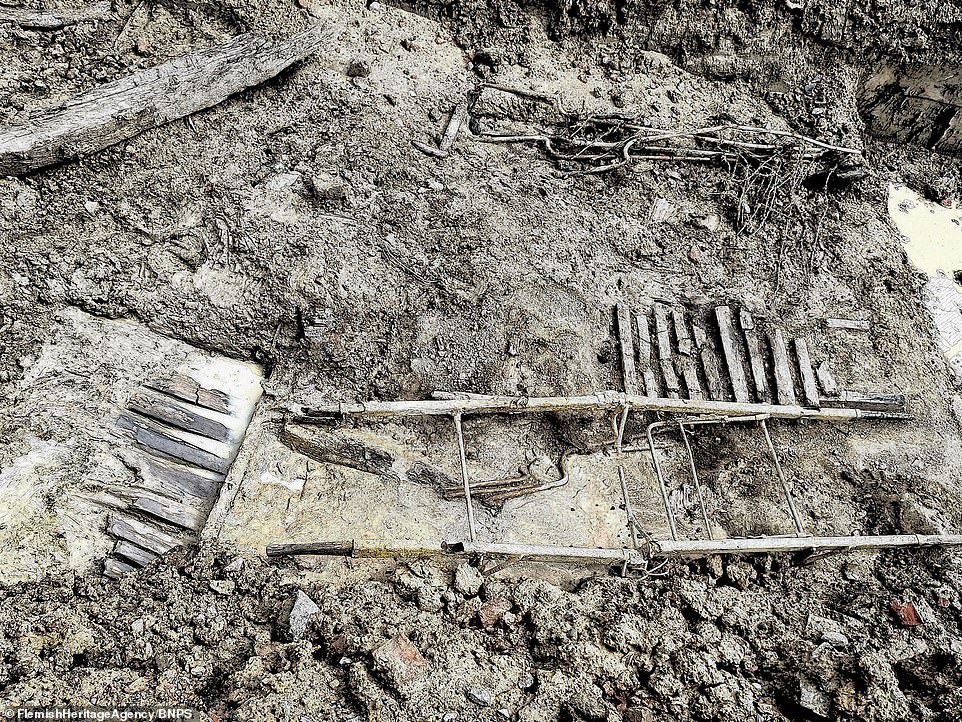 The preserved remains of a stretcher were uncovered amid tonnes of mud, one of 200 military and personal artefacts discovered so far 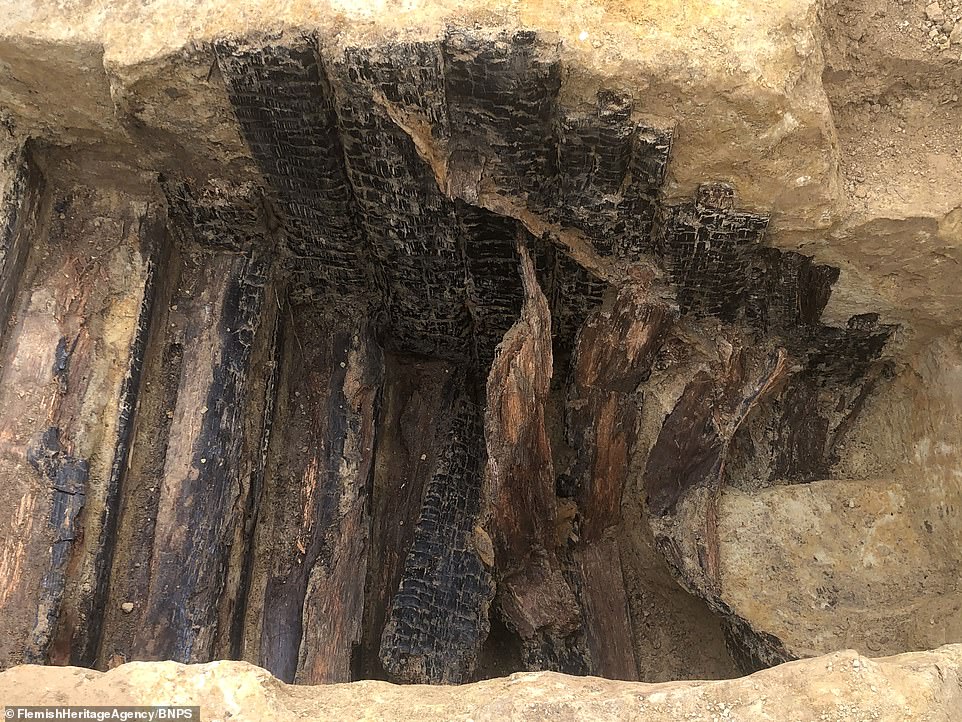 Wooden steps leading down into the tunnel, part of a flight of 21. Experts believe up to four more entrances are yet to be discovered 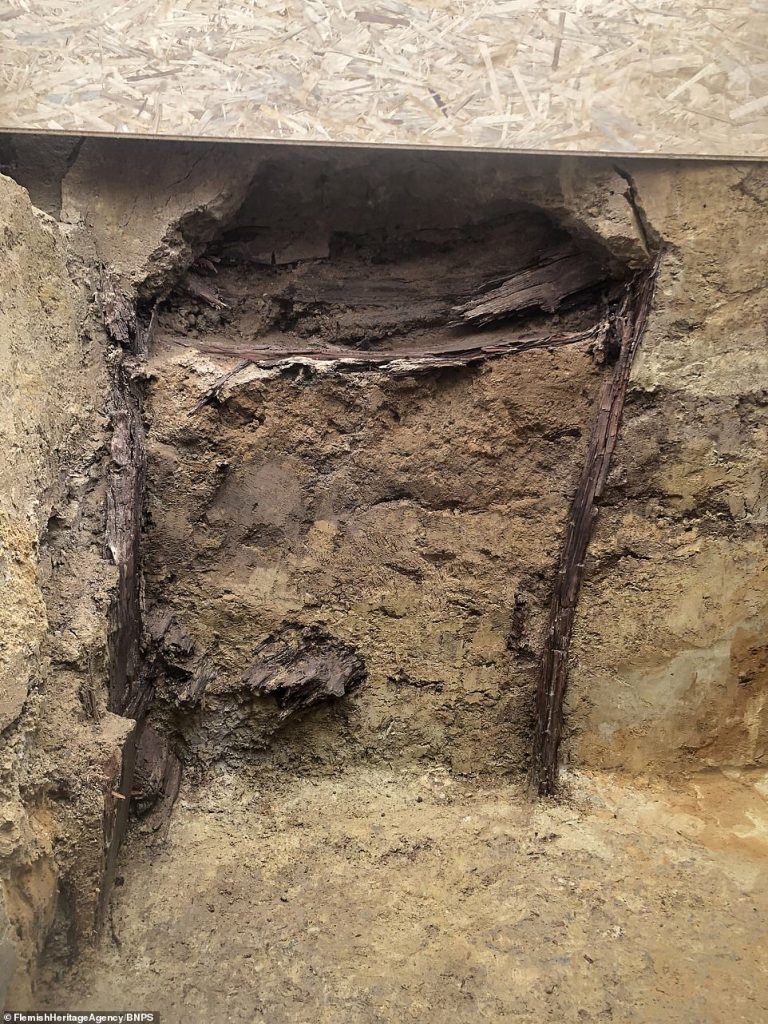 A preserved timber lined wall from the tunnel is pictured above. During the battle the British pummelled the German fortifications on the ridge on the edge of the village of Wijtschate with millions of shells 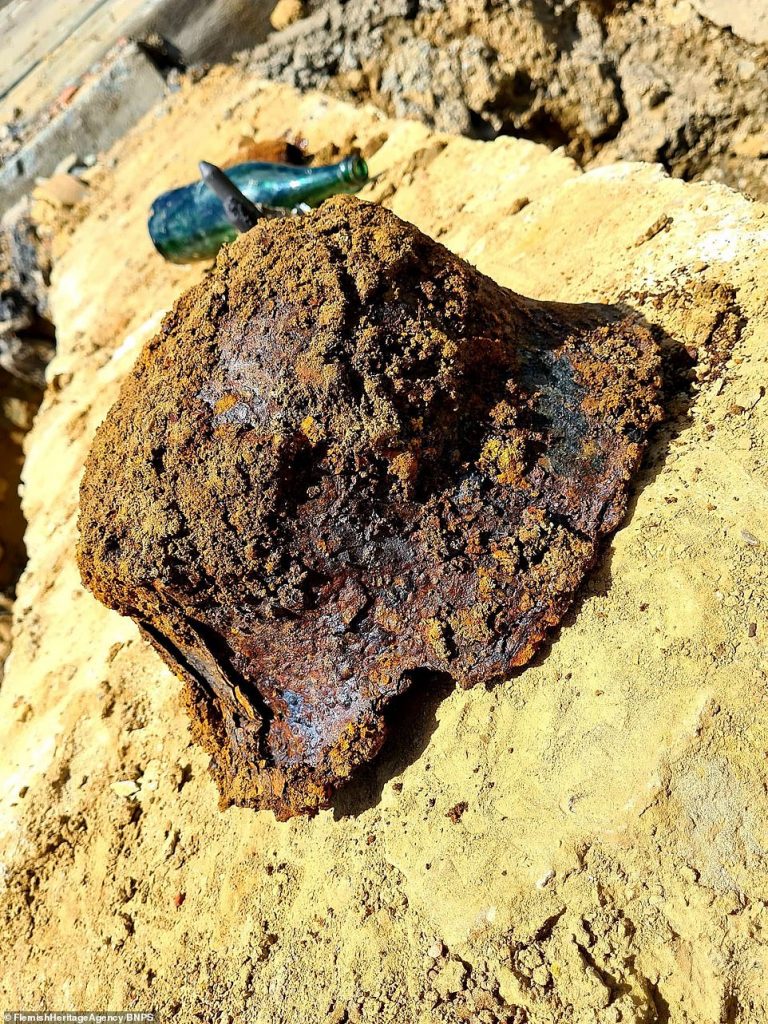